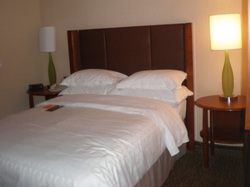 We got a great price on the Sheraton through Hotwire; it was over half off for the weekend.  The room wasn't huge, but it was clean, and since we were on the 22nd floor, the views were spectacular.  The hotel is huge, and in a fantastic location-we were connected to the Prudential Center and a ton of shops/restaurants. 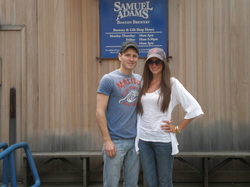 The Sam Adams Brewery tour was fantastic.  The tour itself is free, and includes a small tasting glass and three 7 oz. tastings.  There is a small $1-$2 donation requested per person, but it is not required.  At the beginning of the tour you spend a bit of time learning about the brewing process, and tasting the various components in beer.  After this you get to sit in their small "bar" with the rest of your group and try some of their different beers.

Doyle's was the first bar to stock Sam Adams, and as such they have a neat set up with the brewery.  Every 10-15 minutes there is a party tram that goes back and forth between the bar and the brewery.  As long as you have the stamp on your hand, you can get a glass of Sam Adams, and keep the special Sam Adams cup, for $5.50.  At the Sam Adams gift shop, the glass alone retails for $8, so this is a great deal! 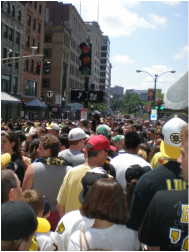 The weekend we came to Boston, there happened to be the parade commemorating the Boston Bruins winning the Stanley Cup.  There were over a million people, and the crowds were everywhere, but it was fun to be a part of. 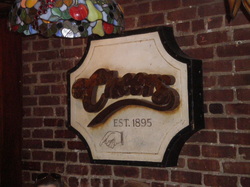 We obviously needed to have a drink at Cheers, so we headed there after Doyle's and the parade.  The bar is quaint, but crowded; although it may have just been because it was on the parade route.  Drinks were good-they carry Sam Adams Brick Red which is only sold in Boston, and is a great beer. 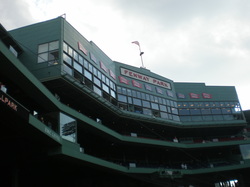 The main purpose of our trip was to catch a Red Sox game at Fenway Park.  What an amazing stadium!  The vibe there is unlike anything else I have experienced, and the stadium is small enough that I'm pretty sure every seat you can get is a good seat.  I purchased the tickets the day they came out from the Red Sox website, so I got to pay face value.  There are also a ton of bars right around Fenway Park. 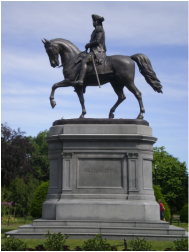 Before we left Sunday we wandered around the city a bit, and ended up at Boston Public Garden.  It was a great park to walk around, with a large duck pond, plenty of benches, and lots of shade.

Friday after work we drove up to Boston from our home on Long Island.

Lunch at PF Chengs in the Prudential Center