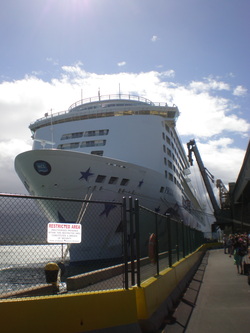 Since this was a pretty large group (3 generations of sisters!), we decided to take a cruise around Hawaii, since it would take us to 4 different islands in a cost effective manner.  We booked the cruise through Liberty Travel, and although I've used them in the past I don't think I'll be using them any more; the last two trips have had small issues, but issues that should have been resolved by a travel agent-and they were not.  There's so many websites out there for traveling on a cruise, and I have booked myself multiple times in the past, so it just seems as if that is what I will be doing from now on.

The Pride of America is a nice ship, although it definitely is not my favorite and it is somewhat small.  This was my second cruise on NCL, and I have to say that I really do prefer Royal Caribbean-I feel as if their ships are more geared towards adults, and have a “higher” level of service and ambiance.  Our room was one of the smallest I’ve had on a cruise ship, and it was slightly dirty-there was mold and the bathroom looked very worn.  The food was good, but I found that they went very heavy on the sauces for the entrees, almost drowning the food to give it flavor.  That being said, the Pride of America is the only ship that does a Hawaiian cruise with no days at sea, which is why we booked the cruise in the first place.  There were also some cute aspects of the ship-in the main buffet they have a children’s section, which I found to be adorable.  The service was also good, and all of the crew members were friendly and responsive.  When you board the ship you are also given a fresh orchid lei, which really allowed us to get into the mindset of the islands.

We at the following restaurants on board:

This is the main buffet, and we only ate here for breakfast.  They had a good selection of fruits and hot items, and we were always able to find a seat even for our party of 6.

Liberty Restaurant is the main formal dining room.  The views are beautiful, especially when you’re sailing.  NCL has “My Time Dining”, so you don’t need reservations.  Although I was nervous about having to possibly wait with our large party, we never had to.  Our food came quickly, and there was a huge selection each night.  Service was good and friendly, and the crew had great suggestions about what to do in town while we were docked.

East Meets West is one of the cover charge ($15) restaurants aboard the ship.  After paying the cover charge though you get unlimited food; and we tried a lot.  The restaurant itself is similar to PF Chengs, so they offer comparable appetizers and entrees, but the food is really delicious.  It’s also a smaller setting, and would be perfect if you’re looking to celebrate a special occasion. 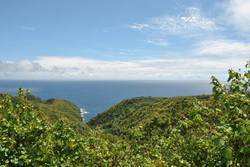 For the road to Hana I reserved a Mustang convertible through Thrifty Rental Car.  The rate wasn’t bad at all, even with an underage driver fee.  Thrifty provided a free shuttle from the cruise port to the rental car location, which was about 5 minutes away, and the whole process was quick and easy.

This ended up being one of the most breathtaking activities I have ever experienced.  The road is very, very windy-they don’t exaggerate in its description, but the views are unlike anything I had ever seen before.  I was with two other people, and we ended up stopping when we would see other cars parked, hopping out and exploring.  I suppose I wasn’t prepared for what the day would actually be like, because I chose to wear dressy sandals and a maxi dress, under the assumption that I would take a pretty picture here and there while we were driving.  Please note, this isn’t exactly the best hiking wear, which is what we ended up doing.  There are tiny paths to follow, waterfalls to climb, and plenty of walking to be done; you’re much better off wearing shorts and sneakers than I was in my misguided apparel.

We didn’t end up doing the whole trip because of time constraints, but should I ever make my way back to Maui it will be the first thing I do, and this time spending an entire day. 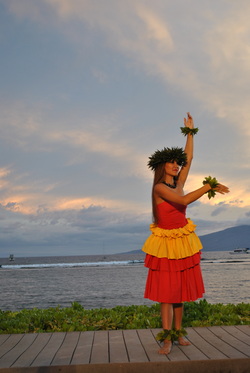 The luaus offered as excursions through NCL got horrible reviews, so we booked a luau on our own and drove there with our rental car.  The Feast at Lele is one of the two most popular luaus in Maui, and for good reason-we booked it directly through their website, and it was about $115 per person, without gratuity.  We were seated in the second row of the outdoor “theater”, with our table for 6 sitting directly on the beach.  Upon entering the luau we were all given fresh orchid leis and tropical drinks.  The way the luau is organized focuses on four different sets of Polynesian islands, and the specific dances that each island produces; all this is done at sunset so the show progresses from day to night as the dances intensify.  The food itself is pulled from each island, so you are served four different courses family style, and there is an open bar to go along with the meal.  Attending a luau is a wonderful experience, and the show culminated with fire dancers, something the other popular luau on Maui does not have. 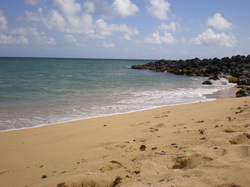 About a five minute walk from the ship there is a private, secluded beach-one of the most beautiful beaches I have ever been to, with turquoise blue water, soft khaki sand and shade from ancient gnarled trees.  For the few hours I was there, there was literally nobody else there, so I had a small cove of a beach to myself, and it was incredible.  To get there, you walk from the cruise ship to the stone wall, and walk along the wall until you reach the beach.  It was perfect, because I got to come back to the ship for lunch, and then return to the beach. 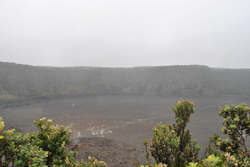 We booked an excursion to see Volcano National Park through the ship, since we wanted a tour guide to brink us through the park-and for $80 a person it seemed the best value in terms of cost and efficiency.  I do think you would be able to see a lot more if you went on your own with a car, but I really did enjoy our time at the park.  Hilo is apparently the rainiest city in Hawaii, and it did not disappoint the day of our tour; thankfully we were able to purchase ponchos for $2, because we would have been drenched without them.  I would also suggest dressing in layers, because at parts of the park it was a bit chilly.  The tour started with a visit to Big Island Candy, which produces homemade chocolates and shortbread cookies.  After this, we proceeded to the actual park, which is about 30 miles outside of the town of Hilo.  While there, we got to see hot springs, craters, a lava tube, a lava field, and the devastation trail.  It was all remarkable, and in such contrast to the time we spent in Maui.  All in all a wonderful day. 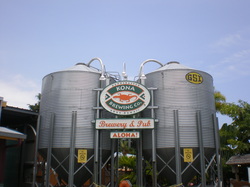 The Kona Brewing Company is located very close to the cruise port in Kona, so I decided to give it a try.  They offer complimentary tours at 10:30 and 3:00, but limit the tours to 15 people-so it’s a good idea to get there early.  The tour lasts about 45 minutes, and takes you through their brewing process before giving you a taste of 4 different beers, some of which were fantastic; I highly suggest the Wailua Wheat beer.  After the tour, I ended up doing another flight of beers ($9), an having a slice of their pizza, which uses part of the beer brewing remnants in the dough. 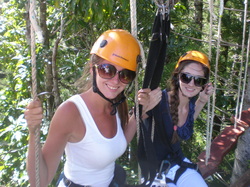 My sister and I booked this excursion through the cruise line.  It was expensive ($189), but the experience was fantastic.  We had a small van that brought a group of 7 of us from the cruise ship to the zip lining place, where we were greeted by a friendly staff.  They put our gear on for us, and went through a short safety talk before allowing us to go up into the trees.  Once there, we had the opportunity to do 7 zip lines and 6 suspended wood bridges; there were also swings and a balance beam 80 feet in the air that we got to use.  One of the most spectacular things about the location however was the views; we were able to see a large part of the mountain ranges, and because the day was so clear they were almost all in sight-it was truly spectacular. 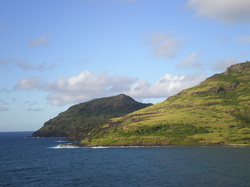 The next time I return to Kauai I will definitely be hiking the Na Pali Coast.  You can search for hikes for the area, and the most popular one is a 22 mile round trip trek, that goes into the beautiful mountains and valleys, and I can’t wait until I can do this hike.  The Na Pali Coast was one of the most breathtaking sights I have ever seen; it overlooks the side of the island, and has stunning greenery as a backdrop against the bright blue ocean.  We cruised along the coast for awhile after setting sail, and it was the one time I was truly thankful to have a balcony room. 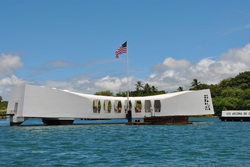 We booked a tour through NCL to see Pearl Harbor, and what an experience it is.  The harbor is breathtaking, and you truly get a sense of the history that occurred there.  Our tour lasted a few hours, and after being picked up from the ship we were off.  Pearl Harbor gets very busy, even early in the morning, so our tour time was about 2 hours after we arrived.  However, the only part of Pearl Harbor that you need a ticket for is the USS Arizona or the USS Bowfish, so we were able to walk around the rest of the memorial on our own.  Once your tour begins you are brought into a theater where you watch a 15 minute video on Pearl Harbor; it is an emotional, well-done video that touches on just how devastating the attack really was.  Following this you are brought by a small boat to the USS Arizona memorial, where you have about 25 minutes to walk around with your group.  It was fascinating to look down and see the ship, along with the entire wall of names for the soldiers who lost their life that day.

I feel as if I should write a little about the Polynesian Tour Company, because this is the major tour company used for excursions in Hawaii by NCL, although you can also book tours on your own.  Overall, and although I slightly expected it, I felt as if the tours were overpriced, and lasted much longer than they needed to.  Each tour we went on with the company included "shopping stops" where we were brought to an affiliate of the company and dropped off for 30-45 minutes; to me, this is unnecessary.  The tour drivers were also very upfront-on the Pearl Harbor tour we were actually told to "take care" of our driver.  I ended up enjoying things like the Road to Hana and the Feast at Lele much more than the tours booked through the cruise ship-I would highly suggest trying to arrange tours on your own.

Fly from Houston to Honolulu
Lunch at
Board Pride of America

Road to Hana
Feast at Lele