So if you couldn’t tell by now, I have a wee bit of an obsession with traveling.  If I could spend every minute of my life traveling, I would be incredibly, incredibly happy.  Unfortunately, I also love my job-so full-time travel is not really an option.  However, with (somewhat) limited traveling time, I have to organize my travel wishes.  Just saying that I want to visit the entire world is a bit of an overstretch.  Therefore, in my orderly mind, I created various lists.  Lists that speak to the different types of travel I enjoy, and lists that I can complete reasonably.  Obviously, as I begin to complete them they may change slightly, because I’ll add more to them.  But for now, these are the lists I love. 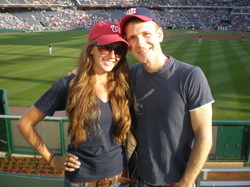 I’m still amazed that I actually have a bucket travel list that includes baseball stadiums.  You need to realize that I have always been pretty anti-sports.  Although I was a cheerleader in college (yup), I never had a favorite sports team, could never tell you who was in the World Series or the Superbowl, and honestly never cared.  Then came my wonderful boyfriend, who happened to be an ex-pro baseball player.  For his first birthday that we were together, I decided to plan a trip to Fenway (and obviously hit up some other spots in Boston), because he had mentioned the park so often.  And there my love of baseball stadiums was born.  By having a goal of seeing stadiums, baseball was no longer just an annoying background noise during the spring and summer-it became an experience that I could actually enjoy.  Thus, our goal of seeing every MLB stadium.  Lofty, no?

Every State in the United States

After determining that we wanted to see every MLB stadium, it was easy to decide, “Hey!  Let’s also see every state in America!”.  We obviously dream small (sarcasm).  Pretty exciting though, to check off each state we visit.

Seven Wonders of the World 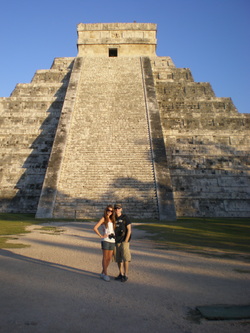 Moving outside of the good old USA, we decided to focus on the 7 wonders of the world.  They’re wondrous, they’ll introduce us to a bunch of new places and cultures, and they allow us to have a substantial lifetime travel accomplishment.  Unfortunately, due to a bit of time since some of these wonders were listed, we’re having to go with the “modern” version, that was unveiled on July 7, 2007.  There’s also the natural version, which will allow us to expand our travels even further, by staying outdoors (which we love)!